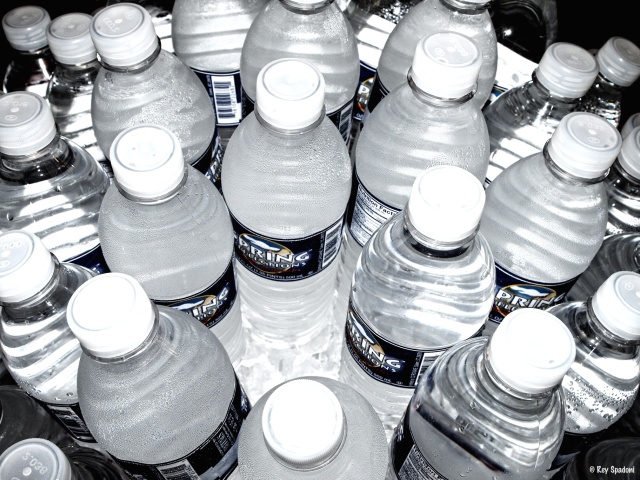 This photo is an example of color manipulation and post technique designed to emphasize the desired mood and effect of an image.  These water bottles were on ice in a large tub toward the center of a cafeteria I passed through.  The lighting tended toward the warm and there was an amber tone influenced by the automatic white balance setting on my Olympus EP1 digital camera.  Because I wanted to evoke a stronger sense of coldness, I played with sharpness, contrast, saturation and color in Apple Aperture until the shot just simply looked colder.  Brrrrrrr….