Young Emma had most convincingly demonstrated her disdain for our efforts.  The formality, the repetition, the waving of dolls and clapping of hands all accompanied by “look here Emma” and “Emmmmmmaaaaa….” and other nonsensical utterings such as “haa boo boo a choooo” from one admiring grandmother.  Emma had had quite enough.

I look for the quieter moments of a photo shoot, ones far away from the reflectors and speed lights.  The ones more likely to be treasured later on.

Fellow New Englanders: repeat after me… 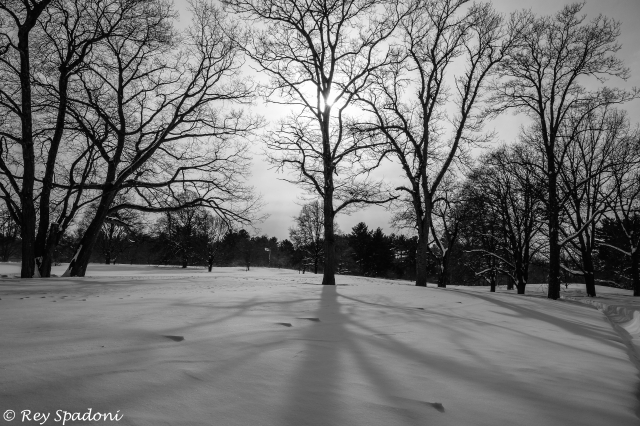 “Not to transmit an experience is to betray it.” — Elie Wiesel

Lou Nachman responded to our request for some warm weather photos with these, taken in the Mt. Holly and Ennice, NC area. 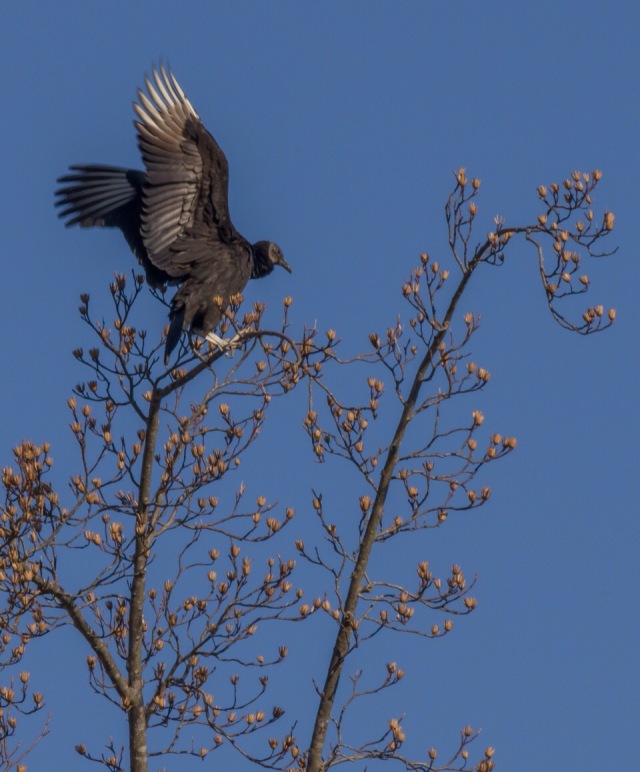 Lou writes: “Per your request, here are a few Vultures sunning themselves in the neighborhood this past week. Pentax K-3, A-400, 1/250, f16, ISO400, handheld. Hang in there, beet greens, raspberries, and quahogs are just around the corner.”

Thanks Lou. The blue sky and budding trees remind us of warmer days past, and to come.

Anyone else care to cheer us up with images of sunshine and temperatures above freezing?? C’mon, it’s the least you can do for your favorite new blog: 2GuysFrozen!! 😎

Here are two more images from Joey, both taken at Pluscarden Abbey, located in northern Scotland and home to Benedictine monks.

I’m presenting them here because I’ve been watching the evolution of Joey’s post-processing style.  In the above image, the colors of the forest are subdued in a manner reminiscent of Kodak Kodachrome slide film and the couple here pulls off the page (screen) due to selective adjustments in Lightroom.  This is my speculation but I’ve watched him work and have been increasingly impressed by the care he gives to faces and especially eyes.  Notice also the effective use of backlighting and glare behind the woman.

The image below is an establishing shot for the abbey and shows use of selective colorization… a tired but sometimes effective technique.  To me, it works here because of how stark the red of the door appears next to the contrast soaked (i.e., exaggerated) landscape.

Both taken with a Fujifilm X100s.

You may have heard that the northeast United States has been hammered with extraordinary amounts of snow this winter,  Actually, it’s been only over the past three weeks during which record amounts of snow have been falling, at a pace of two to three storms per week.  For example, as of Sunday morning, (and it’s been snowing since), Boston officially recorded 89.7 inches of snow.  Our normal snowfall as of this date is historically 28 inches.

The above scene was taken on Sunday afternoon, in front of the house.  What you see peeking up through the snow is a lamp, which sits atop a six foot pole.  I’m 6’ 2”, and when I have to change a bulb, I need a ladder, just to give you an idea.

To the right is what it looks like under “happier” conditions.  I can only imagine what those plants look like today.

With snow banks towering over our heads, there’s no place to put the snow.  There’s talk of making up missed school days by cancelling vacations or scheduling classes on Saturdays.  The state and most communities have exceeded their entire snow removal budgets.  Boston is is investing in megaton snow melting machines.  And it’s only mid-February.

For those of you living in warmer climates,  feel free to send us photos to warm us up.

It’s now officially the third snowiest winter here since we started recording such things… so as a form of visual protest (or at a minimum, a visual antidote), I offer a few photos taken by my daughter, Nicole.  She stepped out of the snow and into this place – click here.

When it’s winter and you are surrounded by trees…

On Saturday morning, before the Starbucks run, I stopped by here and did a customary loop.  I had a camera with me (Fujifilm X-T1), as I nearly always do, and decided to see if the familiar winter trees might suggest something else to me this time.

Something to hope for

My son, Joseph, has contributed to 2 Guys Photo in the past (see here).  He is a fervent Fujifilm X100s shooter, able to squeeze great versatility out of its (to me) limiting persona.

He’s studying in Europe this year and during the winter break, he and I set out for a photo walk at a nearby wildlife sanctuary.  Propelled by caution and comfort, my own prior treks to the site led me on a well known and easy to follow peripheral path, across familiar paths and boardwalks, in circular fashion, right back to the car.  On this particular day, as the skies threatened rain, we set out to discover new scenery.  Lost in conversation — this always happens with the two of us (we had a lot of catching up to do) — we came off the known way and found new and different paths.  It was exciting, even though rain drops started to lightly fall.  I myself had a faint sense of worry; this was not the right way… where is the visitor center from here?

At one point, we stopped at this particular spot.  Joey planted his X100s on a tripod, switched to neutral density mode and set up the scene.  In 30 minutes, I took 25 images in the same spot.  He grabbed maybe 3 or 4.

Eventually, we acknowledged what we both knew: we were lost.

So, we tried to use the mapping feature on our smartphones and estimated where precisely the parking lot was from where we stood.  We estimated.  And the rain started to fall more forcefully.

We wandered for a while.  For a long while, actually.  At times, my instinct was to bear left, his was to go right.  We disagreed but compromised.  Finally, we saw another hiker on the trail.  With a heavy Eastern European accent, she offered her own sense of the way back.  It clashed with our own, but we obliged.

And we found our way out.

What’s that quote about, “t’was beauty tamed the beast”?  Never more true than at this rodeo, Kingman, AZ. 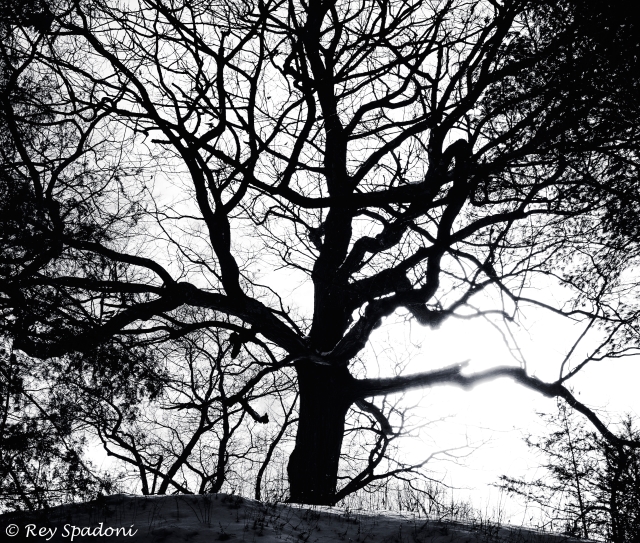 Golden hour.  When the light is just, just right.

Wikipedia tell us: “In photography, the golden hour (sometimes known as magic hour, especially in cinematography) is a period shortly after sunrise or before sunset during which daylight is redder and softer compared to when the sun is higher in the sky.”

Just a few days ago, I was driving around in golden hour, admiring all of the many photo ops and wishing I could find a parking space to capitalize.  Eventually, I secured my place and headed out with camera.  The first attempt, a grab shot, was taken carelessly and on the run as I entered the park.

Over the next 15 minutes or so, all that I could allocate given my schedule that day, I carefully shot maybe 25 images showing the emerging sunset, glowing light on trees, a side lit path.  There has to be one keeper in the bunch, I thought.

Wouldn’t you know it.  There was.  The grab shot. 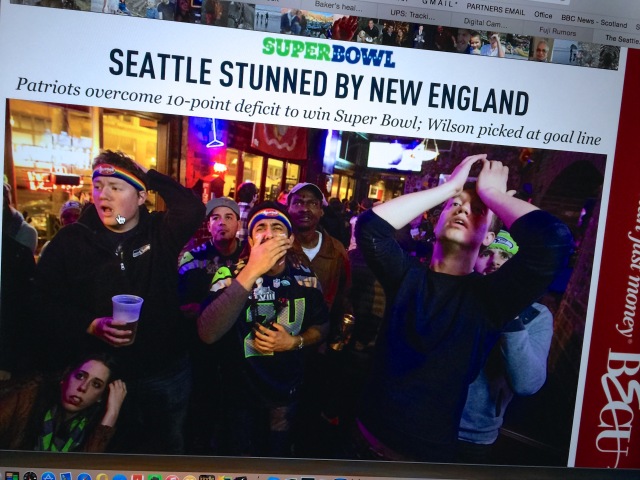 Seattle Times screen grab just seconds after the game ended.  If you saw it then you understand.

To our Seattle readers, our apologies.

Until the hour of separation

“And ever has it been known that love knows not its own depth until the hour of separation.” — Khalil Gibran

I didn’t muster up enough to talk to her other than to excuse myself when I had to go to the bathroom.  All the way from Vegas and I said “excuse me” one time.  Held it for three hours after that so I didn’t have to say it again.

Her smile as she read from the e-book on her kindle caught my attention at first.  The sweetest smile.  At one time, she giggled silently and I tried to watch from the corner of my eye, never letting on that I was captivated completely.

I watched her stand to get the bag from the bin above her head.  As she reached upward, I again tried to watch but pretended to be interested in something just to her side.

And she was gone.  A pleasant ride stuffed with regret for not having asked what it was that she was reading.  Or whether she was away from home or now headed back to it.

She had no luggage to wait for, but I did.

Then somehow, there she appeared in front of me.  It had to be ten or fifteen minutes later and right there, seconds from my imagined grasp.

I thought about it.

Ah miss, I would say… didn’t I just sit next to you on the flight from Las Vegas?  I know this sounds weird, but I have to tell you that I saw you reading a book and smiling and I just had to ask… what was it you were reading?  And this is the weird part: I thought that you were the most beautiful thing I had ever seen when you smiled.  Just so beautiful.

She would then give me a shorthanded version of the same expression, enough for me to inquire if she might be interested in a cup of coffee before she left…

And the stairway extended to flat, signifying the end of a descent.

And she was gone. 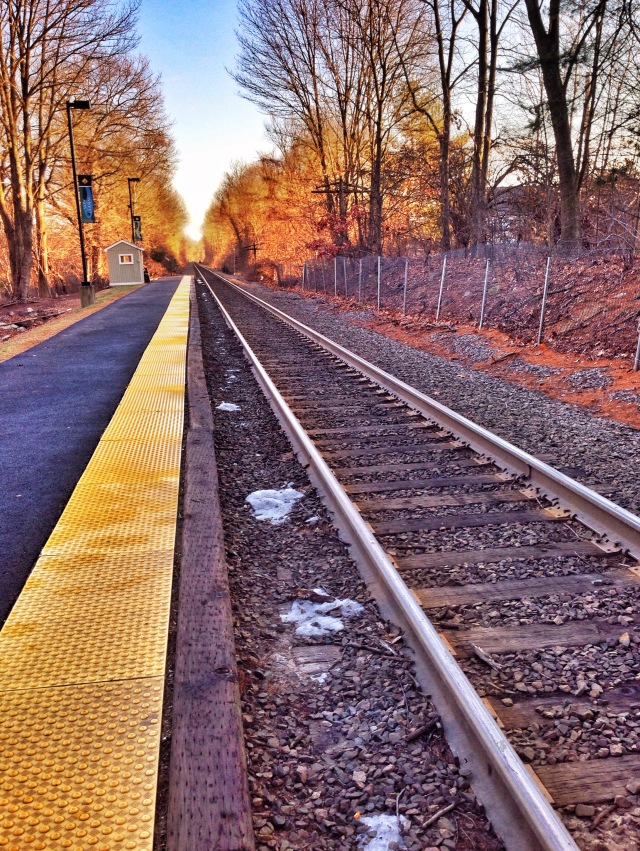 “It is always wise to look ahead, but difficult to look further than you can see.” – Winston Churchill

The unsettling case of the orange gloves 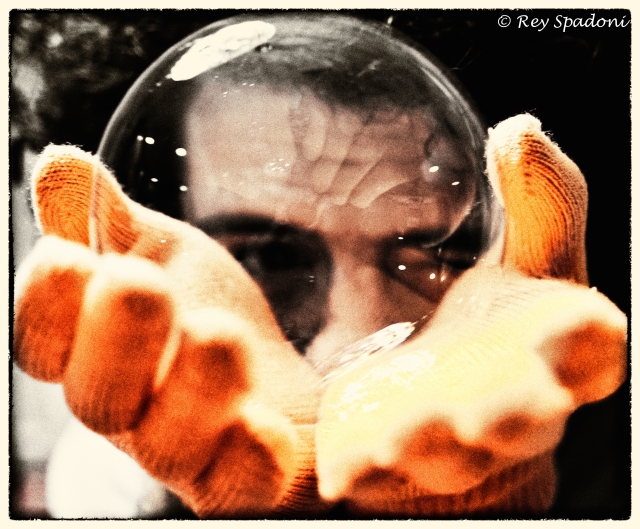 “It pays to be obvious, especially if you have a reputation for subtlety.” — Isaac Asimov

To be passionate… about something 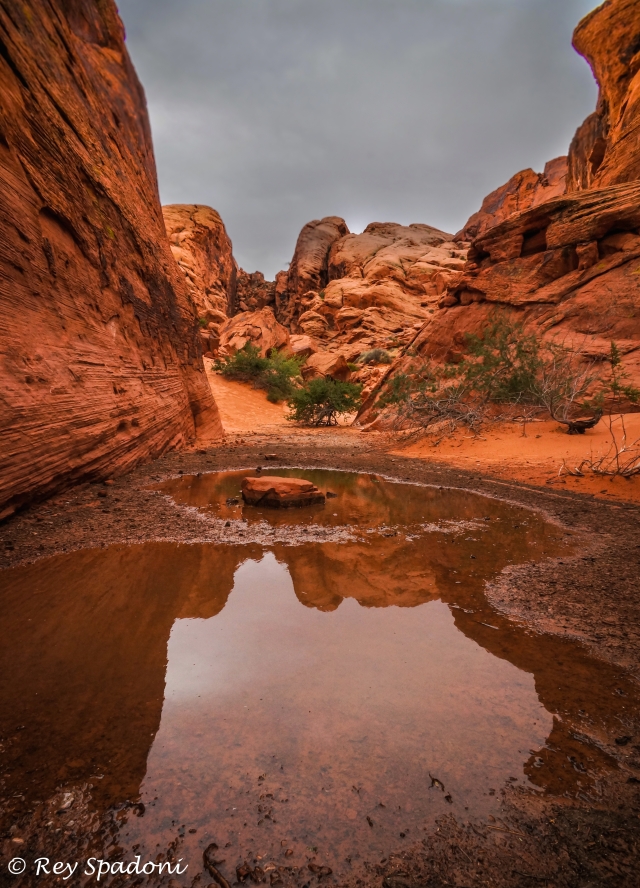 “Passion is one great force that unleashes creativity, because if you’re passionate about something, then you’re more willing to take risks.” — Yo-Yo Ma

Photo taken in Valley of Fire State Park, Nevada.  On one of my favorite days.

It was the dreary, gas starved ’70s.  We had so much hope then, though.

I moved in with them on a whim, probably to show the old man I could take him or leave him, do fine on my own.

Just a pinch he called it.  She approved.  I thought she’d be impressed if I said yes, so he taped up my arm and in it went.  Even though I had her eventually, I always regretted that first time.

Here is where it started.  Where I went down under it.  I had choices, but I squandered every one of them.

Haven’t seen them since those days.  I heard she got lung cancer which is ironic because we thought the smokes were the least of her problems.

He found his way.  Got into a church thing.

I never should have gone there, but it’s who I ended up becoming.