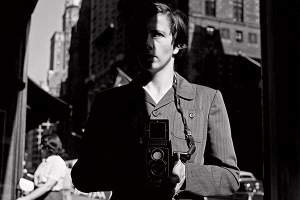 By now, most photogs have heard of Vivian Maier. She’s the woman whose surprising street photography was discovered in 2007, and whom Rey wrote about in 2011 here. It’s worth a quick side trip to that post for some background, if you’re not familiar.

I just discovered this morning that a documentary on Ms. Maier is in the works, and it reveals a woman who is more interesting than her images, if that’s even possible. Here’s the trailer…

Vivian’s photography is everything I’ve ever aspired to create, but haven’t: bold, poignant story-telling at its best. But now, in watching this brief clip, I’m even more fascinated by the woman herself. How did she become so good at her craft? Why didn’t anyone know of her passion for street photography? How could she have left literally hundreds of rolls of film undeveloped? Was she motivated more by the act of creating the image, than the resulting image itself? And why did she lock herself in the attic of the house in which she nannied children?

The more we learn about Vivian, it seems, the less we know.

I’m looking forward to this documentary immensely. I think there’s an awful lot we can learn about photography from Vivian, although she likely will remain a mystery forever.