SLRs and DSLRs have been my camera of choice for well over a decade.  My trusty Nikon D90 has delivered faithfully with excellent image quality and never a problem, and it’s been around my neck for so long, it’s become another appendage. But as I age, (I’m not afraid to admit it!), that DSLR gets heavier and heavier.  So do the lenses.

I’ve considered changing it up, I’ve considered the micro 4/3 cameras, mirrorless cameras, and even some pretty capable bridge cameras, but I always came back to “old faithful”.  I was never confident that these new fangled rigs with their typically smaller sensors, could satisfy on image quality, and to me that’s what it’s all about – the image. So I’ve trudged along, happy with the quality of my D90, but wishing I had an alternative.  I think I might have found one.

Enter the Sony NEX line of ILC’s. These cameras have a smaller, lighter form factor, but boast an APS-C sensor, the same one Sony delivers to Nikon for many of their DSLR’s, and they deliver outstanding image quality. I first heard about the Sony NEX 5N when Rey reviewed it in this post last year.  Google this model, and you’ll find numerous reviews, from venerable sources, that rave about not only the camera, but also the image quality, many saying it rivals a DSLR! Holy Hannah – could this be it?

The Sony NEX 5N, with an 18-55 kit lens, plus the Sony 55-210 zoom arrived a week ago. The 5N is last year’s model and is being heavily discounted, making way for the NEX 5R and 6, which join the 7 which is the flagship of the NEX line. In order to see how it stacks up to a DSLR, I’ve been taking it our for a test drive. 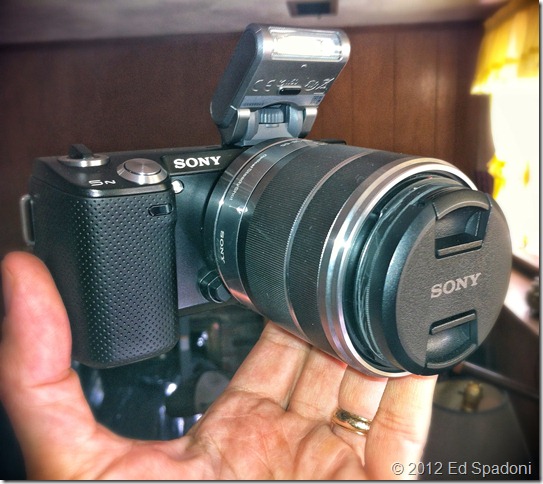 This is not like any camera I’ve seen or handled before. It’s form is not only small (the body is smaller in height and width than my iPhone 4, but it is thicker), it has a minimum number of hard buttons and uses some customizable “soft” buttons, and a touch screen. All of which takes some getting used to. 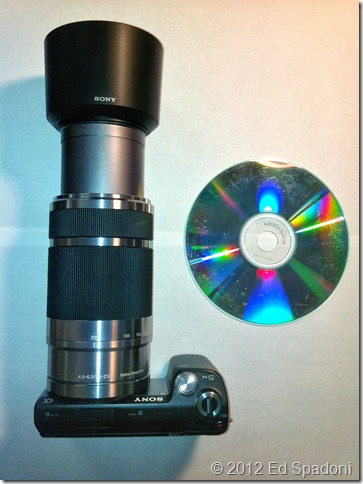 The 18-55 kit lens looks large on the little body, and the 55-210 zoom looks enormous, especially when extended and with the lens hood. Yet, the ergonomics work, at least for me. Surprisingly, I don’t find the camera “front heavy”, and my hands fit comfortably around the grip and support the whole affair nicely. But it does look like a soup can taped to a smartphone.

The touch screen and soft buttons also take some getting used to and the menus are deep, but you can program 7 of your most used functions to the customizable buttons on the back.

Technology advances at lightning speed these days, and cameras are benefiting with features and functions that were unimaginable just a few years ago. This NEX camera reflects that: in-camera automatic HDR and Dynamic Range Optimization, panorama, handheld twilight, and more. The articulated LCD is helpful for low macros of flowers or overhead crowd shots.

But on the downside, there’s no viewfinder – you can purchase an electronic viewfinder (EVF) but it’s expensive.   The EVF attaches to the same topside port as the included flash.  But you can only use one or the other at the same time.  I found that disappointing.  And that port is proprietary; it will accommodate a SONY external mic or a larger Sony flash but that’s it.

Here I was not disappointed.  Both lenses are image stabilized and yielded impressive results.  And the 16 megapixel sensor allows for some significant cropping without sacrificing IQ.  Everything posted here from the 5N is straight out of camera (SOOC), unless I note that it’s been cropped.

The in-camera panorama stitched this scene together nicely but the exposure is flat.  (It was a cloudy day and I had DRO off, which didn’t help).

Macro mode is convenient for a quickly getting up close and personal, as these two demonstrate: 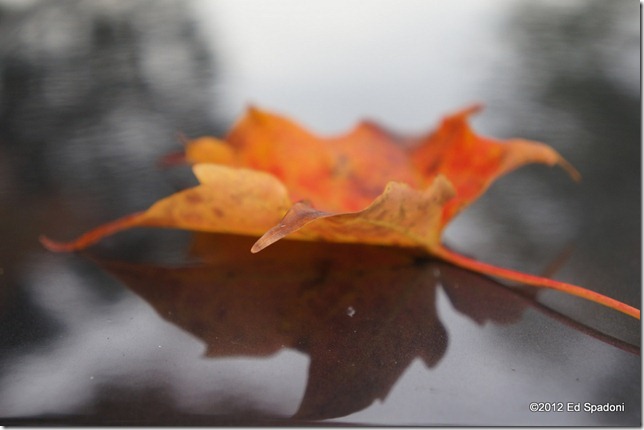 On Thursday I’ll post more results from the Sony NEX 5N as I continue my test drive and try to answer the question: “Can this camera replace my DSLR…?” Continue reading here…

In the mean time, if you’ve shot with a NEX camera, please let me know your thoughts.

Thanks for visiting 2 Guys Photo.

11 Responses to My NEX Camera??