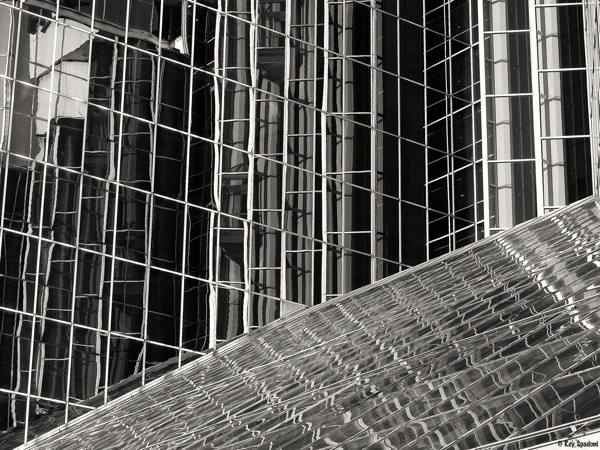 When image quality is tantamount, particularly in the most difficult conditions, such as when I was photographing Jennifer Knapp in dim concert lightening, I brought the Pentax K5 and a couple of high quality prime lenses.  Last year, as my family and I darted through four foot tall waves at Misquamicut State Beach, I had the indestructible and thoroughly immersible Panasonic Lumix TS1 with me.  On business trips, when photography is not job 1 and I only have space for a small, but capable, camera, then what to bring? What to bring?

Today, I’ll provide a user report on the Canon Powershot G12 advanced compact camera.  Advanced it is, and so it was wonderfully satisfying as I encountered a variety of shooting situations during my few days at the Inner Harbor in Baltimore, Maryland.  And it’s small enough to just barely fit in my jacket pocket.  In short, it’s the one camera I’d take if deserted on a tropical island.  It’s the one camera that does more things well than any other, but… frustratingly, will still leave you wishing for more on occasion.  But hey, nothing’s perfect, right? 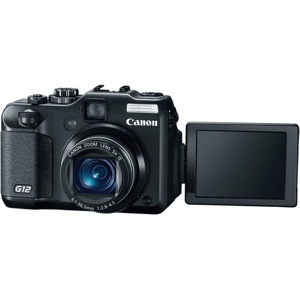 Canon is the undisputed market leader in producing digital compact point and shoot cameras.  Sony and Panasonic beg to differ, but Canon offers the most diverse array of options across the spectrum of size and functionality and camera reviewers very consistently point to Canon compacts as best in class.  The G series has been sitting atop their lineup for over a decade, stemming back to September of 2000 when they introduced the G1.  I myself remember my first serious digital camera, the G2, which accompanied me and my family as we loaded up our van and drove across the United States back in 2002 (but then, that’s the subject of a different post).  So, Canon has been at it for a long time with this G series.  And it shows, as their latest, the G12, is highly refined.  The human interface, something I key on immediately when shooting with a camera, is truly exceptional.  The buttons are conveniently placed, clearly marked, and well executed.  Firm button presses, properly ratcheted dial spins, and a menu system that just makes sense all conspire to increase the photographer’s confidence as he or she picks up the G12 and prepares to shoot.  Unlike the recently reviewed Olympus XZ-1, there were no quality control issues, no fiddly controls, no poor battery life here.

Speaking of interface, I’m a fan of custom settings and Canon gives you two right on the main dial.  C1, for me, was set to capture three bracketed shots at plus/minus 2 EVs, using Aperture Priority.  I use this for HDR purposes, knowing I’ll have three images for later merging in my HDR software – see sample below.  C2 is for street shooting.  In this bank, I make sure the camera noises are silenced and activate continuous autofocus (“servo mode” on Canon).  As a street shooter, the Canon G12 gets an A- grade.  I love shooting with the camera at waist level with the handy tilting lcd screen twirled out to the side, allowing a more stealthy approach.  I mark the G12 down a notch because the autofocus is not as surefooted as a DSLR, an unfair comparison to say the least, but Panasonic Lumix digital point and shooters do focus more quickly and decisively than do the Canons.  Put the Panasonic autofocus capability into a G12 and you’ll have an excellent street shooter.

The G12’s lens is stabilized and I found the lowlight capabilities to be rather strong, surprisingly so, for a small sensor camera.  Canon limits the number of pixels on the sensor and gives you a slightly bigger chip in order to improve high ISO shooting… and it works.  Make no mistake about it, though, cameras in this class can’t compete with the best APS-C (or full frame) cameras.

Camera manufacturers are pushing art filters and in camera image effects, theorizing that most users prefer to not sit in front of a computer after shooting to get these same effects.  Olympus led the way in their camera introductions and now manufacturers are increasingly introducing them, with Nikon even adding them to their DSLRs – note the recently launched D5100.  Canon G12 does not disappoint here.  I gave the miniature mode a try and rather liked it.

I found the image quality to be quite excellent on the G12.  As an advanced camera, it allows for shooting in RAW… which I am increasingly doing.  In RAW, I was able to grab some shots at ISO 3200 and with a slight bit of noise suppression in Apple Aperture, I achieved fine results.  Again, this won’t rival my K5, but for what it is, I’m happy.  Again, the focus could be quicker, but rarely did that result in a missed shot.  Canon metering, in typical fashion, is bulletproof.

As this is the latest in a long series of Powershot Gs, there’s little doubt of the refinement level here.  Build quality is class leading and again, the availability of the swivel lcd screen is quite nice.  There’s also an optical viewfinder that is very basic.  Would anyone confuse it with the optical viewfinder on an SLR?  Unlikely.  But in a pinch, such as when it’s exceedingly bright outside and the back screen of the camera is washed out as a result, it can certainly come in handy.  I found myself using it on occasion and was glad it was there.

The retro style dials on top for EV compensation and ISO are handy and effective and easier than menu diving or pressing another button and moving the ubiquitous dial.  I liked that I could quickly look down and see if I had remembered to reset EV or move ISO back to Auto.  There are on screen reminders as well. 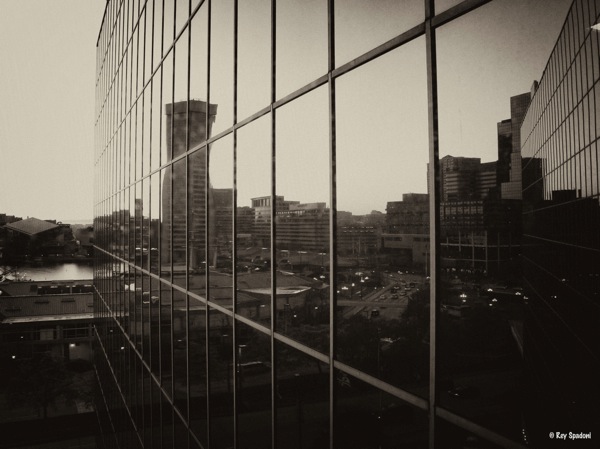 The lens is sharp, providing a 28-140 range.  True, the competing Nikon P7000 provides a longer reach to 200mm, but since I typically shoot closer to the wide end, it’s quite rare that I even get as high as 140.  With that said, I’d be completely ecstatic if Canon figured out a way to get you down to 24mm on the wide side, as Pansonic does with the LX series (there I go, mentioning Panasonic again).

The photo below is a three shot HDR merge.  Not my favorite (note the lower right hand side ghosted character), but I wanted to show the usability of handheld HDR shooting on the G12.  The sky in this scene was mostly washed out… therefore, using the HDR technique allowed me to pull a bit of detail out.  I recognize that this photo has a bit of the “overdone” look that turns many off from this style of shooting. 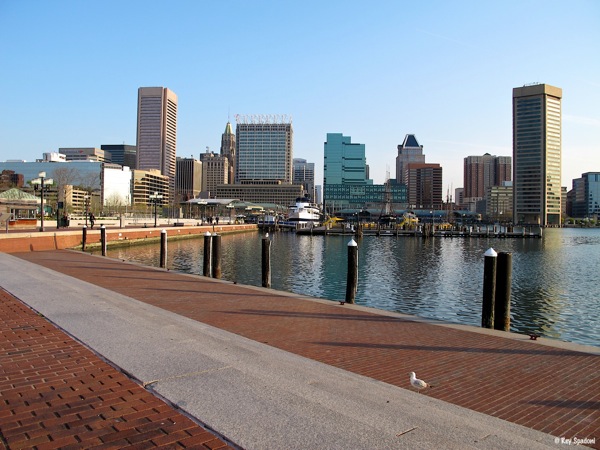 In this age of video mania, it’s odd to find that there’s no direct video recording button, something we’re increasingly seeing on digital cameras.  It’s a minor convenience to have to dial to movie recording mode and then use the normal shutter button.  And speaking of video, Canon is still at 720p and 24fps maximum frame rate… a specification that will more than likely be boosted in the next iteration of this camera.  Additionally, it’s not possible to zoom or autofocus during video shooting.  Video is not a big priority for me, but if it was, I’d probably look elsewhere.

Much has been written about the comparison to Canon’s sister product, the S95, which contains basically the same guts as the G12, but in a much smaller package.

Additionally, the S95 has a faster 2.0 lens (vs. 2.8 at the wide end on the G12).  I’d say that if your main priority is to be able to pocket your camera, grab an S95 instead.  I’ve used one and it’s great.  BUT… for me, I’d choose the G12 for it’s articulating screen and optical viewfinder.  I also find it reassuring to have a bulkier (but still marginally pocketable) camera in my moderately-sized hands.  The S95 has no real purchase for your fingers and I see it more as a pull-it-out-of-your-pocket-for-a-quick-shot cam than a more serious photog’s tool.

So, why would I take this on the deserted island?  Because it’s the perfect compromise.  Sure, it won’t fit into my smallest pocket or allow me to take it swimming as will my TS1.  And I wouldn’t prefer to use it the next time I’m shooting a concert.  But it simply does so many things well and is such a perfect step-up for the beginner who wants to expand their craft and step-down for the advanced DSLR user who wants something easier and lighter to carry, I can’t help but consider this the best all around “compromise” camera on the market.

Now if Canon could ever figure out a way to get a wider lens on there, quicker autofocus, and more up-to-date video features, including a dedicated video button, then it would be even better.

5 Responses to The Canon Powershot G12: The Perfect Compromise