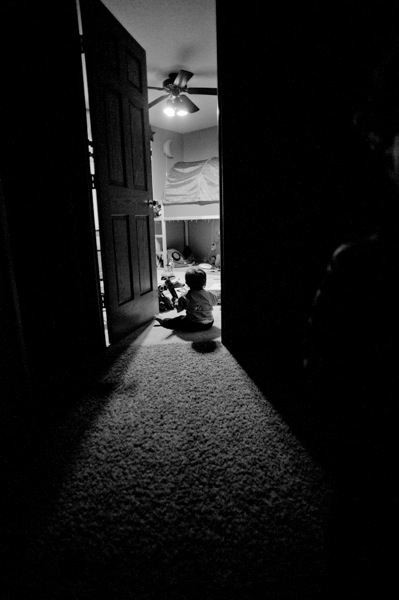 I became acquainted with the artistry of Minneapolis photographer, Jay Sherman, fairly recently.  His mostly black and white and nearly always wider angle images immediately appealed to me for their simple compositions and engaging storytelling.  Jay’s shooting style and creative eye seek… and find… beauty and movement amidst the ordinary of everyday living.  His images are anything but ordinary, however.  Here at 2 Guys Photo, we’re very pleased to introduce you to his work…

2 Guys Photo: How did you first become interested in photography?

My wife and I had a baby due in September of that year and my camera at the time was a 2002 Coolpix, which was achingly slow, very frustrating to use.  I decided to do a little research and find a suitable upgrade, which led me to a Panasonic bridge camera – a real upgrade over the Coolpix, a shiny new thing that captured my attention for a month or two.  I began to actually like the act of photography a bit then – for its own sake, not just as a means to record a moment…  But there was this one time, this one shot that changed everything;  Our newly-arrived little boy was sitting in a large dimly lit room in a tiny red baby chair thing, and he looked up way to the ceiling, wide-eyed, taking it all in.  The little chair, the tiny baby, the huge room, and I saw the image I wanted and was able to snap it, and knew the image title immediately:  “The world is so big.”

Except…  It was taken at ISO 400, and ISO 400 on that particular Panasonic was horrible.  No amount of post-processing could really make that image look good.  I had seen the shot, was able to capture it…  But my equipment just wasn’t quite there with me.   I decided that I just couldn’t compromise any more moments like that, they were far, far too important, and a couple days later was coming home with my first DSLR.  A few days after that, I had ordered my first fast prime lens so I could take full advantage of the DSLR in low light, and after shooting with that for just a few days… I was hooked for good. 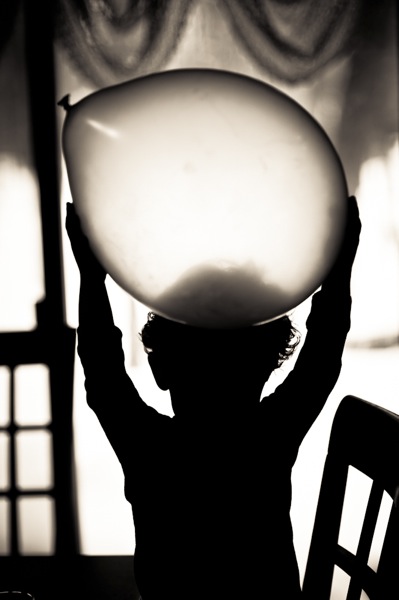 2 Guys Photo: Please describe your evolution as a photographer.  What has most changed over the years?

My understanding of the technical aspects of the craft has grown probably month-by-month, and my photography has benefited from that..  But what’s really changed is my understanding of composition, and what makes an image click with myself and other people.  It almost never has anything to do with overcoming a technical hurdle.  It always seems to come back to seeing the shot that’s there; the angle of view that would never have occurred to you before is now obvious, the light that before seemed either ‘enough’ or ‘not enough’ is now filled with nuances that really matter.  Some days it astounds me that I’m making progress in these areas, because I wasn’t even really aware of these things before.  I feel that photography has helped me see the world differently, it’s poignancy, it’s irony, it’s everyday beauty.

2 Guys Photo: What is your gear?

2 Guys Photo: What do you most like to photograph and why?  How would you describe your style?

This has changed with time.  At first it was flora, landscape, and portraiture – I loved (and still love) seeing how different lenses render these things, like seeing the details in the natural world and the expressions I can capture with a good portrait lens.  But lately I’m enjoying architecture, street shooting, candids, even slightly surreal compositions made up of ordinary everyday objects.  I took a shot of a piggy bank last month that a Pentax forum peer called “Hitchcockian”.

My overall favorite subjects are my family.  When I started, my intention was to build a huge portfolio of memories that would mean more to me in my retirement than any part of my financial portfolio.  I’m about 10,000 images into that investment, and it’s already brought so many rewards. 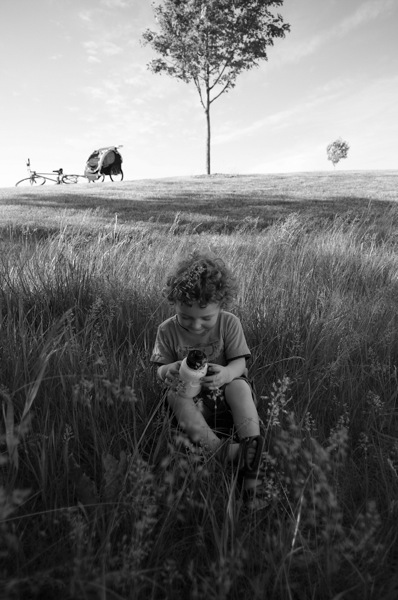 2 Guys Photo: Which photographers most inspire and impress you?

Robert Frank just defined his genre.  To this day I think a lot of photographers are trying to live up to him, even if they’re not aware of who he is.  Anne Geddes has done some stuff with kids that inspires me – I’m shooting my kids almost every day.  But my all-time favorite is Minor White.  Whenever I think I’m doing something maybe just a little bit well, I take a gander at some random Minor White photograph and come crashing back to earth.  I love his work, can look at it over & over again.

Another person I admire a great deal is Mike Johnston, former editor and currently hooked up with The Online Photographer.  Probably the most insightful photography writer I’ve ever run across.  His self-deprecating style sort of masks the level of knowledge he really has, so he may fly under the radar a bit, but his judgement is probably really what intrigues me – his regular Random Excellence photo choice sometimes throws me for a loop and makes me realize that he’s still seeing one or two levels above me.  I like that there are people like that out there.

2 Guys Photo: What inspires you to shoot?

Boredom!  I’m only partly kidding – some of my best shooting has come from an attempt to simply pass the time, maybe because I make myself look for things to shoot when I’m not in a particularly target-rich environment, and the act of doing that makes me kick it into a higher gear, makes my brain work more.

An interesting light inspires me to shoot, and it almost doesn’t matter what the subject is when that light is right.

If I encounter a juxtaposition or any kind of mild irony, I get the itchy need to try to capture it.  And of course, my family – my favorite subjects.  I’m sure the poor forum folk I unleash my kid shots on constantly have had enough by now, but I haven’t. 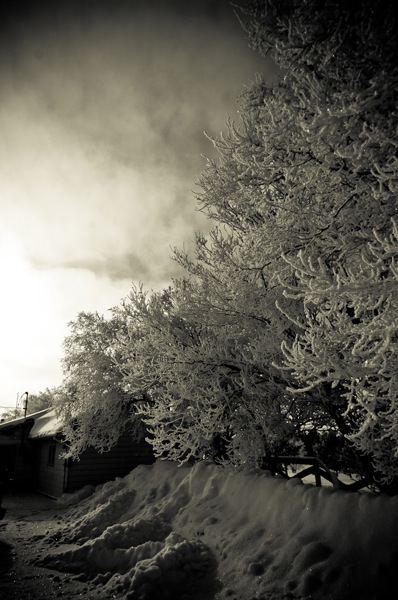 2 Guys Photo: How/where do you display your work?

I have prints made for personal use, I have online albums for extended family so they can see our kids growing up and download and print whatever they like.  I also share my images by linking them in to various forums, where they can be discussed, panned, occasionally even praised!    I really love seeing other people’s shots in these forums – its inspiring and sometimes humbling to me.

2 Guys Photo: What are your future photographic plans?

It sounds cliched, but – to keep growing.  To keep seeing at a higher level every year.  And to document my family’s lives.

2 Guys Photo: What advice do you have for a photographer who is just starting out or someone who is wanting to improve their skills? Another cliche that’s absolutely, 100% true: shoot ALL THE TIME!  Every single day if possible.  Also – look at what other people are doing, in the various forums, or study featured work presented on blogs like this one or The Online Photographer.  Allow yourself to be inspired.  And shoot, shoot, shoot.  Equipment almost doesn’t matter – but consider getting some fast primes if you haven’t already.  They can be old, inexpensive, dusty, manual focus lenses – doesn’t matter, they exercise your brain – trust me on this one.

2 Guys Photo: More of Jay’s work can be found here.  Check it out… you’ll be glad you did!