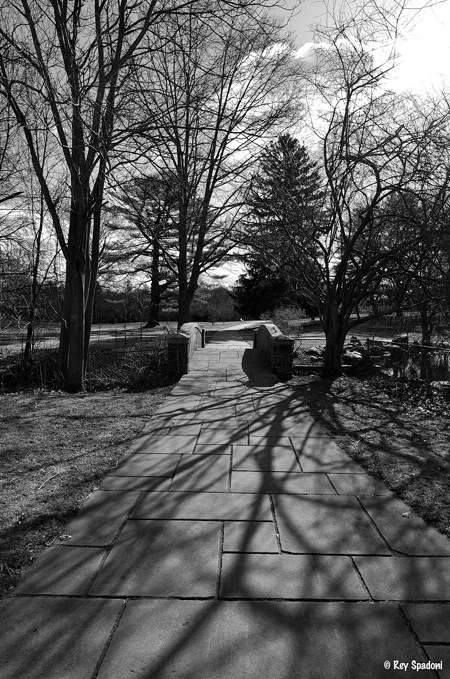 No question about it: I am a zoom guy.  In other words: I am not a change lens guy.  After all, why expose your sensor to dust needlessly by changing lenses?  Why lug around more lenses than you need?  Why limit yourself to the specific field of view on the particular lens you happen to have mounted on your camera?  Why?  Why?  Why?

Well, here are five reasons why…

I’ve heard and read that many fine professionals and accomplished artists actually prefer to shoot with single focal length prime lenses.  This, despite the fact that they can be limiting, can force you to have to carry multiple lenses when one do-it-all zoomer will cover the full range of near and far possibilities, and the reality that you can accidentally introduce dust and particles into the delicate innards of your camera body whenever you swap out lenses.  Given those downsides, why would those professionals and artists prefer prime lenses?

As an experiment, I mounted the highly respected Pentax 15 Limited lens onto my K5 and spent about a week walking around with only that lens.  Granted, it’s a pretty wide point of view (equivalent to 22.5mm on a full frame camera) and wide angle shooting isn’t everyone’s cup of tea.  In fact, some argue that if you’re going to walk around with only one lens, make it the relative “normal” (equivalent to 50mm full frame or about 35mm on a 1.5 cropped sensor) one.  This is the focal length that many post-40somethings (like me) grew up with on their all manual cameras back in the day and it’s considered normal because it approximates what we ourselves see through our own eyes.  Personally, I’ve found the 35mm to be a bit restrictive when I walk around with one lens, so I thought I’d try the 15mm on for size.

In short, I’m glad I did.  I found the lens to be sharp and adequately wide for my use.  I enjoyed the fact that unlike most ultra-wide zooms I’ve used, there wasn’t excessive flare.  In fact, the 15 Limited seems to tame the sun; often I shot directly into it without worry, knowing that the resulting starburst pattern could be interesting as opposed to the offending flare that is typically generated in such situations.

Here are five observations after one week of shooting with one fixed focal length lens.

Sharper images. Compared to my very decent zoom lenses, the shots taken with the prime lens almost always resulted in sharper images.  Naturally out-of-the-camera sharpness is always superior to manufactured-in-post-process sharpness due to the fact that software-based sharpening can introduce artifacts and other unsightly effects.  Zooms are complicated beasts and some compromises are required in their design and manufacture.  Primes are simpler with far fewer moving parts (only focus and aperture, not focal length manipulation) and, thus, consistent sharpness, edge to edge, is typical.

Improved low light capabilities. Though my Pentax is an f4 and not exactly a speed demon, I have also been playing around with some faster Pentax glass and generally speaking, you can get faster and wider aperture lenses in the prime variety than you can with zooms.  You’re not going to find any f1.4 zooms at B&H.  Because of the ability to open up the lens to a wider aperture than on comparable zooms, you can play around longer as the sun drops without boosting ISO and introducing digital noise.  As newer camera bodies improve their low light abilities, this advantage is lessening, however.

Better DOF control. Because of the wider apertures, depth of field control and the ability to isolate the subject against a blurry background is better with the prime.  On the Pentax 31 f1.8 I’ve used, you get much, much better isolation than at the approximately f4 (or smaller) you get in that range on typical zoom or even f2.8 on a better quality lens.

Better bokeh. This relates to the above, but my experiment included isolating subjects at f4 and comparing the images to my zooms.  In all cases, I found the bokeh (out of focus characteristics of the background) to be smoother and more pleasing.

Forces you to think. This is the best reason of all.  You’ve heard the expression that with primes, you need to “zoom with your feet“.  I found that that’s absolutely a true statement.  And when I was zooming back and forth, I found myself more naturally and instinctively thinking about composition and moving the camera along other planes as well.  For example, as I proceeded forward and back, looking through the viewfinder, I also moved up, down and side to side relative to the subject.  That helped expand my creativity and see the environment in new ways… ways I simply would not have had the 18-135 been mounted on my camera.

As we’ve discussed here on 2 Guys Photo, it’s vital to challenge yourself in order to improve your photography.  Next time you head out, grab one or maybe two prime lenses and leave the zooms behind.  And see what happens…

13 Responses to The Prime Experiment