In the three-part series on my transition from a full DSLR kit toward a micro four-thirds set-up, particularly in Part 3, I commented that my experience had been mostly a favorable one.  But, there was one troubling annoyance that I was not certain I could ultimately become adequately accustomed to and that related to the lag every time the camera and attached external viewfinder woke up from a sleep state (not a shut down state) and the shutter button was depressed.  For landscapes and other still scenes, that’s not much of a problem.  But for moving subjects, as I noted, that could be.  In a dpreview forum post, some suggested that I’d be happier with a Panasonic micro four-thirds shooter given its more highly capable autofocusing engine.

I just had a brief time with the newest member of the Panasonic micro four-thirds family, the Lumix GF2.  Though sequentially, the GF2 suggests the next iteration of the popular GF1, that’s not entirely accurate.  It is next in the lineage line and since the GF1 has disappeared from store shelves, one would certainly get the impression that it’s the replacement model.  But, that does not appear to be the case.  The slightly thinner and lighter GF2 foregoes some of the GF1’s external controls in favor of a new touch screen interface.  Some like it.  Many hate it.  Since I’m a touch screen fan, having long preferred first stylus and now finger touch screen interfaces on communication and computing devices, I figured I’d be a natural for such an implementation on a photographic tool.

So, how did it work out?  And how does the GF2 compare to the Olympus E-PL2?

First of all, the GF2 is metal body clad and the thumb wheel, used to set aperture and other adjustments, are far more reassuring than the plastic (but nice) skin and rotating, fiddly thumb wheel on the back of the EPL2.  The menu system of the Olympus is much less initially intuitive than Panasonic’s.  Beyond that, however, I give the nod to the Olympus.  Why? 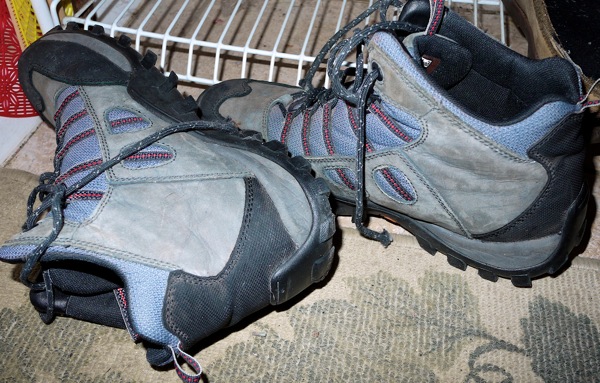 Here are a few quick grabs with the GF2 (using the very nice and very small 14mm pancake lens that is available as a kit offering).  These low light situations took advantage of the focus assist light.  For the life of me, I can’t figure out why Olympus does not build this into the PEN series.  Perhaps the next iteration?

What about the touch interface?  I’m sure I could get used to it, but it is nowhere near as intuitive as Apple’s iOS (iPhone, iPad, iPod Touch) operating system.  Some of the icons don’t clearly represent what function they perform and I found the touch resistance to be such that a firmer press is required than obvious or even convenient.  I was looking forward to the touch focus and shutter release capability, but it did not feel natural to press onto the LCD screen to take a picture, and though I couldn’t measure this in any objective way, I felt as though I was always introducing some camera shake by pushing against the camera right at the moment the shutter opened.  So, ultimately, I found myself ignoring the touch features.

I’m hoping that the true successor to the GF1 will be released with the build quality and physical interface of the original along with an upgraded sensor – – the current one is getting a bit long in the tooth.  Oh, and I hope they release an upgraded viewfinder as well.  If so, I could see my allegiances shifting.

The Olympus EPL2 can be found here.

The Panasonic GF2 can be found here.